November is the new January. Siberian winds, snow and penetrating frost; we've just had the coldest November night since records began. -8 here this morning. And apparently it's going to get worse. 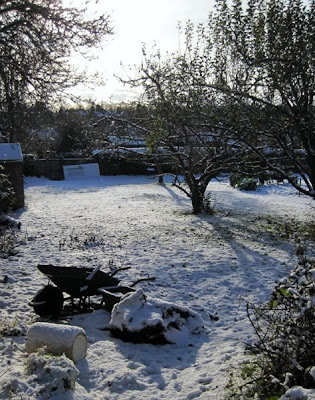 The Jet stream appears to have stopped or broken down over Europe: 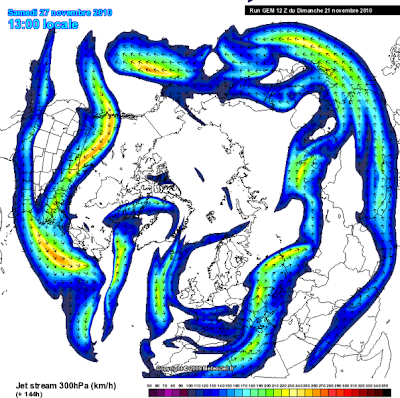 You see the UK and Ireland, Northern France, Germany etc. and Scandinavia in the bottom centre? Usually the Jet stream goes straight across Northern Europe acting as a buffer against the freezing Arctic weather. But now it has looped down over Spain with another arm over North Africa. Apparently that has never happened before. (source: Sott.net)

If I were a conspiracy theorist I might say that this is a result of our government's clumsy secret attempts at geo-engineering via chemtrails. But surely they wouldn't be going that far! Would they?
Posted by Simon at 16:19 2 comments: 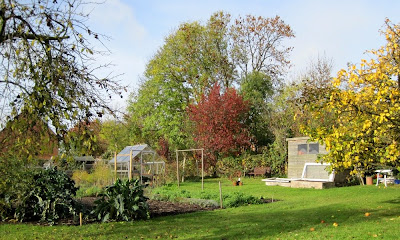 I find September a bit depressing, end of summer and all that. But once I get my head round it and the leaves start changing colour, autumn isn't all that bad. Especially when the sun comes out.

Still plenty to eat too: carrots and leeks; apples and the last raspberries; spuds, onions and dried beans in store. In fact I seem to have enough spuds to feed an army, which would be handy if I decide to declare war on my neighbours. Perish the thought.

I'm taking a different approach to digging this year. I'm not yet convinced enough to go for a complete no-dig system but I did notice where my maincrop potatoes did so very well this year was where the ground hadn't been dug for several years (prior to that it had been growing strawberries). And farmers always used to leave part of their land fallow each year - I think putting my meadow mixes into the rotation and leaving them for two or three years should achieve something similar. So anyway this autumn I've only dug compost into this patch where the ground is heavy and cloddy, so that the frosts can break it up over winter. Everywhere else it's already nice and fertile - and has mostly been mulched with compost over the spring and summer - so I reckon I'll cover bare ground with leaves to stop nutrients being washed out by the winter rains, then just fluff it up a bit in spring prior to sowing. 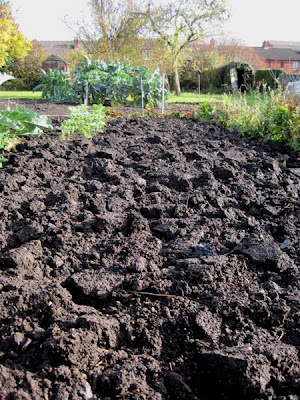 Besides the changing leaf colours there's also still a few flowers to enjoy in the garden and on the plot: 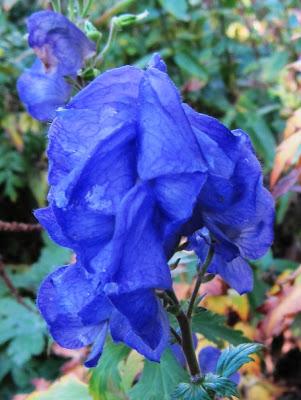 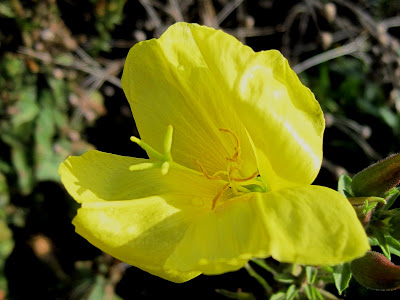 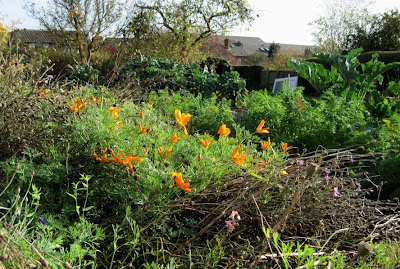 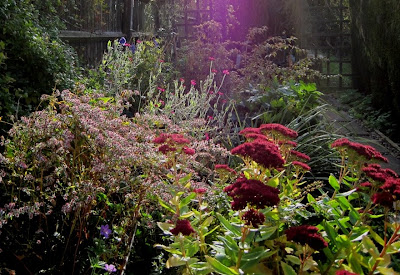 I'm having a go at drying the last of these. Should make useful ammunition for the winter. 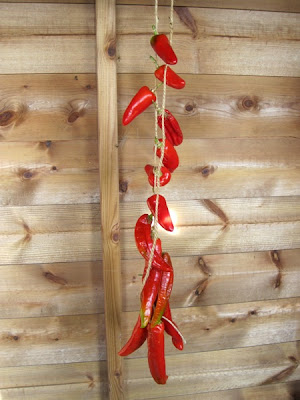 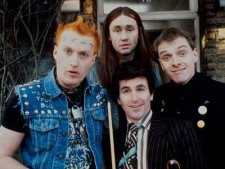